TEGU SYSTEMATICS
L. A. Fitzgerald et al. [1999, Copeia (4):894-905] report that at least five species of Tupinambis lizards (Sauria: Teiidae) occur in South America east of the Andes. In Argentina and Paraguay, two species of Tupinambis have been commercially exploited for leather since the 1970s. Current quotas total 1.35 million skins/yr. Despite this large and sustained harvest, few studies have examined genetic or morphological variation in these lizards. The authors sequenced parts of the mitochondrial cytochrome b and ND4 genes and examined this variation in light of morphological characters traditionally used to identify these species. DNA sequences provided a preliminary view of intraspecific and interspecific variation and were used to explore evolutionary relationships among 17 individuals representing T. merianae, T. rufescens and T. duseni from Paraguay, and T. longilineus and T. teguixin from Roraima, Brazil, and Cuyabeno, Ecuador. Kentropyx viridistriga, Ameiva ameiva and Cnemidophorus ocellifer were included as outgroups. Analyses revealed two distinctive groups within Tupinambis; a northern South American and Amazonian clade (T. teguixin, T. longilineus) and a clade (T. duseni, T. rufescens and T. merianae) that is distributed primarily south of Amazonia. Although genetically similar and previously considered synonymous with T. rufescens, T. duseni is morphologically distinct based on squamation, coloration, and morphometrics. This incongruence between the molecular data and morphology suggests that T. duseni and T. rufescens may have undergone extensive and recent morphological evolution or there has been introgression of mitochondrial DNA between these species. Sequence divergence between T. teguixin from Brazil and Ecuador was similar to that found between T. rufescens and T. merianae and may indicate these T. teguixin populations are not conspecific. The T. teguixin clade was sister to T. longilineus. These findings, combined with the large-scale commercial exploitation, suggest an urgent need to address geographic variation and the systematics of Tupinambis.

Blue Tegu (It is said to be Tupinambis teguixin, but the classification has not been scientifically determined.)

These animals have had very little research, compared to most other species. There is still a lot that is unknown about these animals.
Replies (0) 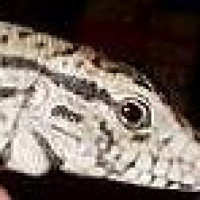 1
Search
Are you sure?
Please, enter a value here